Our History is Shaping Our Future 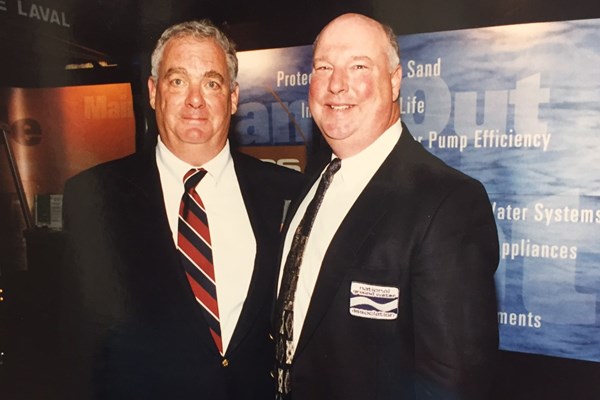 Our beginnings can be traced back over 41 years ago, when brothers Paul and Richard Haderer officially opened Western Hydro on June 6, 1977. The owner of a wholesale pump distributor that Paul Haderer worked for in the California Bay Area unexpectedly passed away, and the company was liquidated and sold by the family. Using the knowledge gained from his experience at the previous company, as well as a fearless, can-do attitude, Paul convinced his younger brother Rich, who had been working for Bank of America in San Francisco, to go into business with him.

Western Hydro began as a means to service local pump contractors and drillers in the California market. There was a lack of strong, groundwater-focused distribution companies, and the Haderer brothers jumped at the opportunity to fill that space.

While Western Hydro started in Hayward, California, it expanded to a second location in Banning in 1988 to serve the southern California market. Since then, Western Hydro has seen tremendous growth; there are now 13 Western Hydro branch locations.

Western Hydro’s mission is the same today as it was when we opened our doors in 1977 to provide quality products at competitive prices, with service and after-sales support second to none. The Haderer brothers’ vision for the future was one of growth while maintaining a sense of pride in service and family. The value of relationships and honesty is paramount to our success, and we believe future growth can only be attained by maintaining these attributes.
It was this vision that helped propel the acquisition of Western Hydro by Headwater Companies, a collection of premier groundwater distributors in North America, on April 10, 2017. Being part of Headwater Companies, delivering quality products, all while striving to exceed customer expectations are cornerstones at Western Hydro that will help make us successful for many years to come.